Report on the CITES-2003 course

Twenty well-known scientists from leading scientific centers of Russia, NIS, Europe and world were in Organizing and Program Committees.

The school was supported by grant of the EC 5th Framework Program and the Russian National Committee of the International Geosphere-Biosphere Program.

Strategic purpose of the School was to mitigate negative consequences of breaking-off generations existing in Russian science. It is known, that mean age of researchers at Russian R&D institutes is about 50 years and practically there are no 30-40 years old specialists. This problem should be addressed immediately not for a while yet there are scientists capable to teach young researchers.

It is particularly important to avoid this generation gap in environmental science. We may dispute on causes of climate changes observed, but anthropogenic modulation of climate signal is an established fact. Complexity of the processes under consideration and their interaction predetermine necessity of multidisciplinary approaches and special role of computational and information technologies being not only tools for research in this field but also, in essence, making their basis. All this applies peculiar requirements to young scientists, to their range of interests and level of professionalism. The fact is also important that both environmental processes and intervention into them could influence life of many people. Therefore practical applications of fundamental science are specially called by the society. The School format chosen by Organizing Committee was focused on that young researchers not only receive new information from leading specialists of Russia and the world around working in this field but also learn how to apply this knowledge to modeling pollution transfer in the urban atmosphere.

Young Scientist School was opened on September 1, 2003, which is the Day of Knowledge in Russia, in the renovated conference-hall of Institute for Optical Monitoring SB RAS. More that 70 young researchers from Russia, Ukraine, Belarus’, Kazakhstan, Uzbekistan, and Georgia gathered in Tomsk to receive new knowledge on recent achievements and major results obtained in this quickly developing area. Siberian Branch of RAS was represented by 44 «pupils » from Ulan-Ude, Angarsk, Krasnoyarsk, Tomsk, Novosibirsk, Barnaul. European part of Russia was represented by participants from Moscow, St.-Petersburg, Arkhangel’sk, and Izhevsk. During first day the general introductory lectures have been presented: “Problems of climate and its changes modeling. Mathematical climate model” and “Climate sensitivity” by academician V.P. Dymnikov, Chairman of Program Committee, Director of Institute of Numerical Mathematics RAS (INM RAS), “Parallel computations” and “Internet-education” by academician V.V. Voevodin, Principal Scientists of INM RAS, “Modern information systems and programming theory” by corresponding member of RAS V.P. Ivannikov, Director of Institute of System Programming RAS (Zelenograd).

Then, along with lectures on information and computation techniques for environmental science (Prof. E.P. Gordov and Ph.D. A.Z. Fazliev, Tomsk), on climate physics (Corr. member of RAS V.N. Lykosov, Moscow), on modeling of pollution transfer in urban atmosphere (Prof. A.V. Starchenko, Tomsk), the School participants started to perform practical tasks on mathematical modeling of pollutant transport in Tomsk atmosphere under different meteorological conditions. Training courses took place in computer classes of TUCSR – one of the organizers of this event. High-performance computation clasters of TSU and IAO SB RAS have been used for calculations. After completing education–training course, the School participants presented 15-minute reports based on the practical results obtained. All School participants received certificates that itemize the given courses and grades for practical work.

Thanks to sponsors’ grants, first of all INKO EC Programme, the organizing Committee has supported participation of young scientists in the School.

Besides scientific program, the conference participants became familiar with Tomsk and its history, and picturesque Tomsk outskirts as well.

As it follows from the first comments of School and conference participants, the format chosen turned out to be useful for both young and notable participants. Certainly, one event, even very successful, could not solve the urgent problem concerning scientific generation change at post-soviet territory. To solve this problem, practically all researchers should make many coordinated efforts.
It’s a pleasure for me to note that Siberian Center for Environmental Research and Training recently organized and operating as an International research center of SB RAS, just contributed into solution of this problem. And pre-contract negotiations, that are now in the progress, concerning new grant within 6 FP EC allow to hope that new initiatives and new contributions will be made to this end. 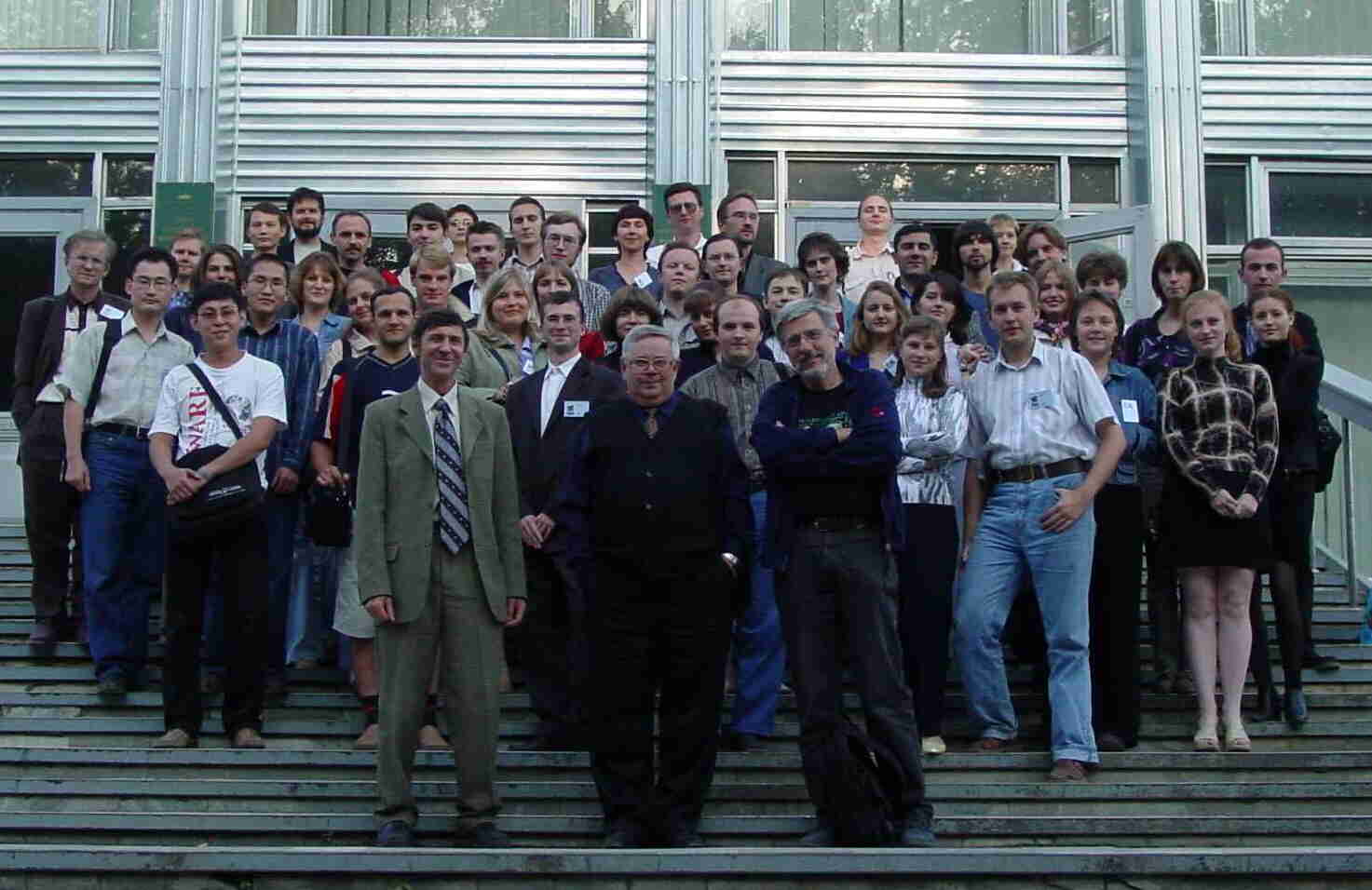